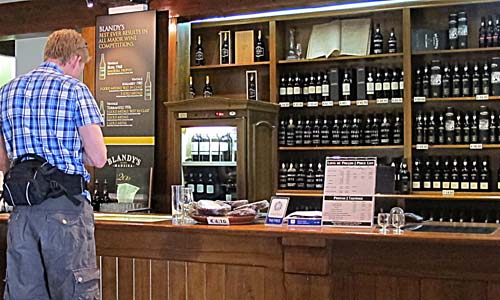 Read other travelogues: # 6 Nun’s Valley. The place God hidden.   # 5 Do Forte – An unforgettable evening at the Atlantic shore

The Madeira wine occured by coincidense 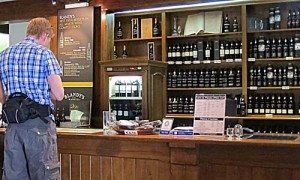 Madeira’s location in the Atlantic ocean made it necessary to travel on the sea if the locals would have contact with the outside world and do business with them. During the voyage it could be a problem with storage of food as well as drinks. Wine was part of seafarers’ daily food, wine produced in Madeira.

It is said that during one of these tours, which not rarely lasted for months, a sailing ship turned back with an unused barrel of wine. When the barrel after a while was opened, the wine had changed in character – it had a better and fuller flavour. They pondered long on what the reason might be. Most people imagined that the change was due to the fact that the wine barrel for months had rolled back and forth at the bottom of the ship.

After this, several sailing vessels were equipped with extra wine barrels, wine that should not be drunk of the crew, but only should be part of the journey – and be rolled back and forth. Madeira wine was a reality.

The Madeira wine was a result of the heat

But the relationship between theory and practice are not always as obvious as one might think. A Jesuit monk believed that taste changes may have other causes. After a little he was able to produce a Madeira that had not rolled around on the high seas. Thus, the riddle solved: it was by no means the wind and the waves were to blame – or credit – it was the heat. The tall ships sailed in a warm place, around the Equator. The temperature rise (to about 45 degrees Celcius) was the secret or recipe.

Eventually the Jesuit monks acquired large wine areas in Madeira. Soon they built a school in the capital Funchal, a school that today is a part of the University of Madeira. The monastery is also here, among them the beautiful Colégio dos Jesuitas Church. A memory of the monks’ lives and realities of Madeira. The Jesuit monks were expelled from the island in 1834, when all religious orders were banned in Portugal. 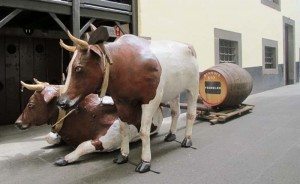 Their monastery is today owned by the Blandy family, which since 1811 has developed to become the island’s most powerful wine producer. Madeira wine is still made in the original monastic buildings. Today it is the 7th Blandy generation that runs the company. A visit to the ancient monastery in Funchal – with wine tasting in Blandy’s intimate and dark wine cellar, is a good experience. If you wish to bring the famous wine home to your country, a pre-pay at Blandy’s in Funchal, and you can pick up the bottles (with 5% discount) in the Tax-free shop at the airport.

The Madeira wine in several varieties

Blandy’s Madeira is available in several varieties (19% alcohol). A semi-dry, sweet and mature (5 years) variant. Together with the even older company Cossart Gordon & Co. (established as early as in 1745) plus Leacock’s and Miles, the Madeira Wine Company was established in 1953. Madeira wine is strongly aromatic and rich. It is perhaps most suitable alone for dessert (dessert wine).

The most prevalent grape variety on the island is Verdelho. Madeira wine based on this variety, is more suited as an aperitif. The driest wines may in such manner reminiscent of sherry. All of the Madeira wine production collapsed in the mid-1900s because the crops were attacked by disease and mildew. At the same time cholera killed thousands inhabitants. Many left Madeira now, because living conditions had become much harder and the taxes were increased. After a while, the wine trade raised slowly again, especially because people from England got a taste of Madeira’s exquisite wines – and discovered the beautiful island with summer temperatures all year round.

In the beginning the tourists had to go by sea to Madeira, but in the year 1949 everything was easier when the first airport opened. Many celebrities have visited Madeira; kings, emperors, rulers, the Pope and various wealthy. They enjoyed to stay at the exclusive hotels Savoy and Reids. Reid is the Madeira’s oldest hotel, sits majestically on a cliff in Funchal. It serves still «five o’clock tea» to the best of British tradition. But in order to take part here, one must be very impeccably dressed. One will be politely rejected if you wear a set of shorts, sandals or jeans. The second hotel; Savoy, was demolished a few years ago, but has so far not been rebuilt. One of the two owners died after the building was demolished, and the other owner was unable to raise enough capital for the construction of a new Savoy. Thus, the plot was left fallow. Several other construction projects on Madeira has suffered the same fate, primarily due to the financial crisis in Europe.

Other travelogues:  # 6 Nun’s Valley. The place God hidden.   # 5 Do Forte – An unforgettable evening at the Atlantic shore 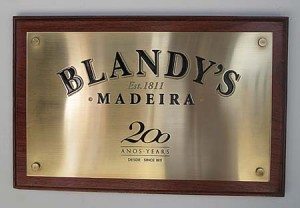