Nuns Valley, Madeira has burned onto the retina 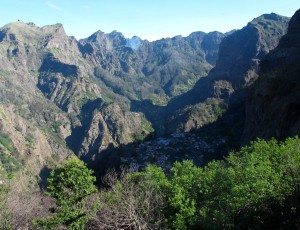 Over 900 pirates attacked Madeira in 1566. Eight hundred of them went ashore. They went relentlessly forward, they looted, plundered and raped. In 16 days the nightmare continued. Many inhabitants got a very unpleasant meeting with the barbary pirates.

Some nuns from the local Santa Clara convent knew advice. They sought refuge in a secluded, godforsaken and inaccessible valley some distance from the coast. Here they hid for the pirates, and they managed to escape the horrors. After this, the deep valley between the hundreds of feet sheer cliffs called Nuns Valley – or Curral das Freiras as it is in Portuguese. 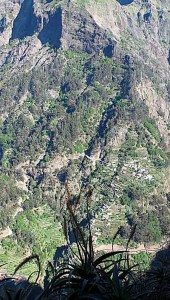 For this is truly a place worth visiting! When one looks out over the very narrow valley (which today is home to about 2500 people) from one of Madeira’s most visited viewpoints just below the top of 1094 meter high Pico do Serrado, then an almost bowled over by what one sees. For this is a viewpoint in the true sense. It is steep, similar to the pulpit of the Lysefjord (Norway), right down to the valley where the nuns sought refuge for 450 years ago.

One can almost believe that the deep valley is the result of volcanic activity, but this is not the case. It is not a volcanic crater, it is a valley that has been dug out slowly through the millennia. By nature itself. In many ways reminiscent of Trollstigen (Norway), but Curral das Freiras (Nuns Valley) is even more impressive. Even for a man from western Norway, who are used to a bit of everything in nature, Nuns Valley is impressing! There is a loud whistling through the small bus our first time we turn out the way that mines are partially into a hillside. The view is reminiscent of what one sees from the air. Here it is just down the abyss. The consolation is that the bus is new – and that the driver works both sober and capable. But he is not just hard on the gas pedal …?

Intermarriage was a problem in Nuns Valley

After nearly 10 minutes we are at Eira do Serrado – a tiny tourist point with shops, restaurants, and close to the magnificent viewpoint.

An hour later we move down to the village in the valley where most apparently takes it easy. The activity is low, but there is also considerable unemployment in the Nuns Valley. Not only is the Madeira hit by Europe’s economic problems, it does not help that there are almost no jobs in Curral das Freiras. The locals live of what they grow. The local chestnuts are delicious andf are used i everyday cooking. Every year in autumn they have a Chestnut Festival as well.

Previously, the Nuns Valley was very isolated from the outside world, so inaccessible that it was also problematic in terms of the founding family and have children. Intermarriage and marriages between persons closely related occurred frequently, which of course was not favorable in terms of having children together. Later, when the Nuns Valley got a road, it was easier to search life partner elsewhere. It was also easier for many to leave Nuns Valley for good – looking for work.

This is the place that God hidden, where, the Creator gave his protective hands of the many who desperately sought refuge with the nuns, for fear of being maimed by the ruthless and brutal invaders … 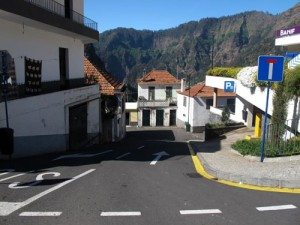 If you visit Madeira, you can go up to the secluded valley, either by bus or taxi. A guided tour of Nuns Valley in taxi is not a costly affair.

The impressions are many at exciting Madeira
Reisemålet
Madeira: Recommended restaurants in Funchal